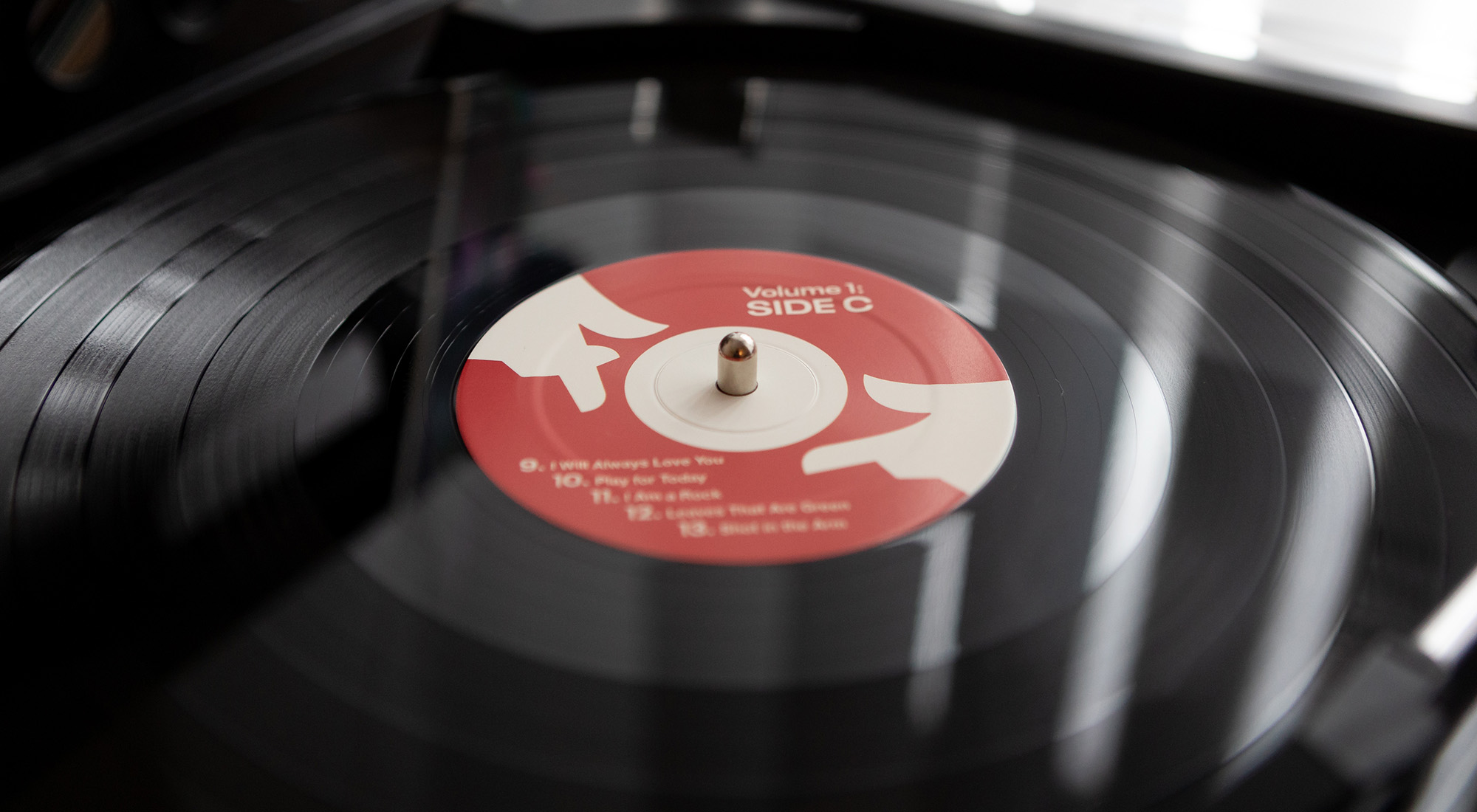 I was introduced to Beneficence Records though my work at the Digital Corps. Beneficence Records is a non-profit organization with the mission to give students at Ball State University an immersive classroom experience while delivering great music to surrounding Indiana communities. My task was to collaborate with the Bene Records team in order to create the identity system and album cover of their first release.

The overarching challenge of this identity project was identifying what we wanted to convey in the mark and how it would be integrated within Ball State’s visual landscape. The goal was to provide an identity in which would be easily associated with the school while maintaining a mark in which would scream a record label.

The final identity consists of a strong logomark and logotype. The logomark takes the form of a record in which two hands reside within. These hands represent the sharing of music between Beneficence, iconic statue at Ball State, (left) and the community (right). They also can be seen as Beneficene’s wings or as the sheen of the record. The logotype, set in Neue Plak extended black and light. This typeface evokes the styling from label identities of the past. As a whole I believe we found the best solution in such a tight deadline.