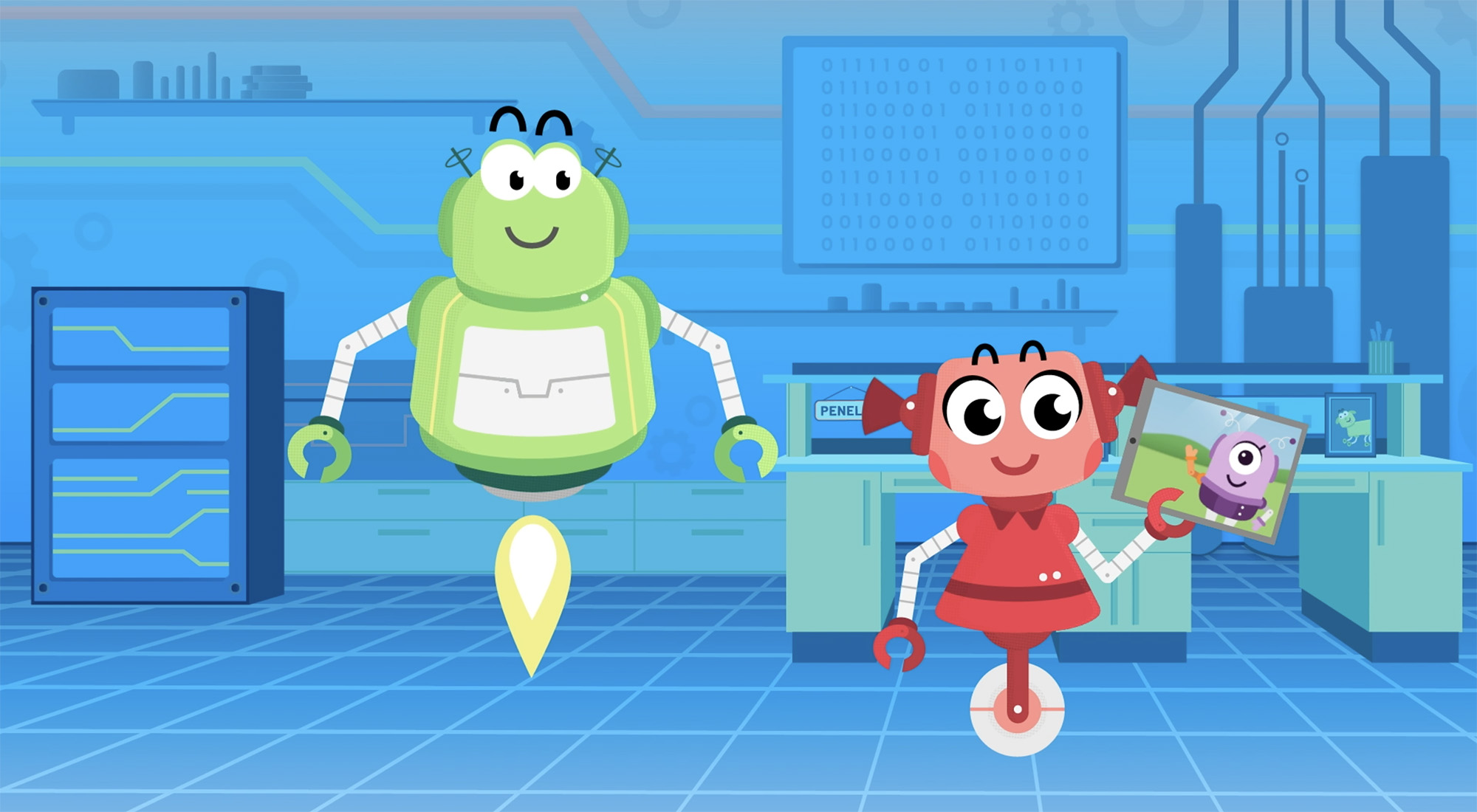 The Loading Zone was formed collaboratively between WIPB, Ball State’s affiliate PBS station, and the Digital Corps. WIPB was looking to fill commercial length time during children’s programming. Both parties, through research, realized an educational show about technology would be a great solution. The audience for this project is made up of children ages 2-8 years old.

I was brought on this project during the development of our pilot to manage and creatively lead the team. Soon after the pilot was green lit I was accompanied by Micah Holtgraves to help co-manage the production of the series. My tasks as creative lead and project manager is comprised of:

Due to the extensive nature of this project I share many of these responsibilities with my co-project manager.

This project rests on the shoulders of a very talented and creative team. Made up of 24 multidisciplinary students comprised of animators, designers, editors, writers, and video producers. Without them, this project would not have been possible. Go below to find links to their work. Nikki Dixon and Micah Holtgraves, two of my fellow coworkers, were incredibly helpful in making this project a reality.

Nominated by the 2019 NATAS Lower Great Lakes Chapter Emmy® Awards for Short Format Program, Informational/Entertainment. The episode nominated, Prosthetics, can be seen below.

This project tested me. The Loading Zone was my first experience in project management. This project both excited me and terrified me due to its complexity. This journey began over a year ago and I am in awe of how much I learned and grown as manager and as a person. This project required me to manage every single part of an episode from script, storyboard, animation, voice over, live action video, and assembly. As stated earlier there are so many pieces to each episode that we found it a challenge to make sure each piece fit well together. However, over time we learned a lot about what it takes to make a cohesive and engaging 60 second show.

Please take a look at my coworker's portfolios! This project was only possible because of their drive and passion to create.